Investors are urgently sending Bitcoin into exchanges in order to either de-risk their portfolio or to protect margin positions with more collateral, according to Glassnode’s latest report. The number of transactions on the Bitcoin (BTC) network has spiked over the past week, with blockchain analysis firm Glassnode suggesting that they are “urgent” transactions due to investors de-risking.

A sudden influx of 42,800 transactions hit the mempool on Bitcoin last week. Glassnode’s chief analyst says these were likely “urgent” transactions due to the high amount of fees paid per transaction. The average fee rose to $2.72 last week, about 15% higher than the typical average, according to BitInfoCharts — an on-chain data tracker. The findings were reported in Glassnode’s Monday “Week On-chain” report.

The #Bitcoin market saw and extremely volatile week, with prices trading down to $33.8k, and an additional 10% of the network falling into loss.

We analyse the market reaction across the mempool, exchanges, derivatives and stablecoin supply contractions.https://t.co/WDuzlObVxK

The mempool on a blockchain network is where transactions are sent before being confirmed in a block. The higher the fee paid on a transaction, the higher the likelihood it will be picked ahead of others.

Glassnode wrote that investors paid higher-than-average fees likely to prioritize their bids to de-risk their portfolio or add collateral to their margin positions, as BTC price has fallen 19% over the past seven days. Just over 15% of fees paid for on-chain transactions correlated with exchange deposit rates, and these were only higher in May 2021 during another period of heavy sell-offs. 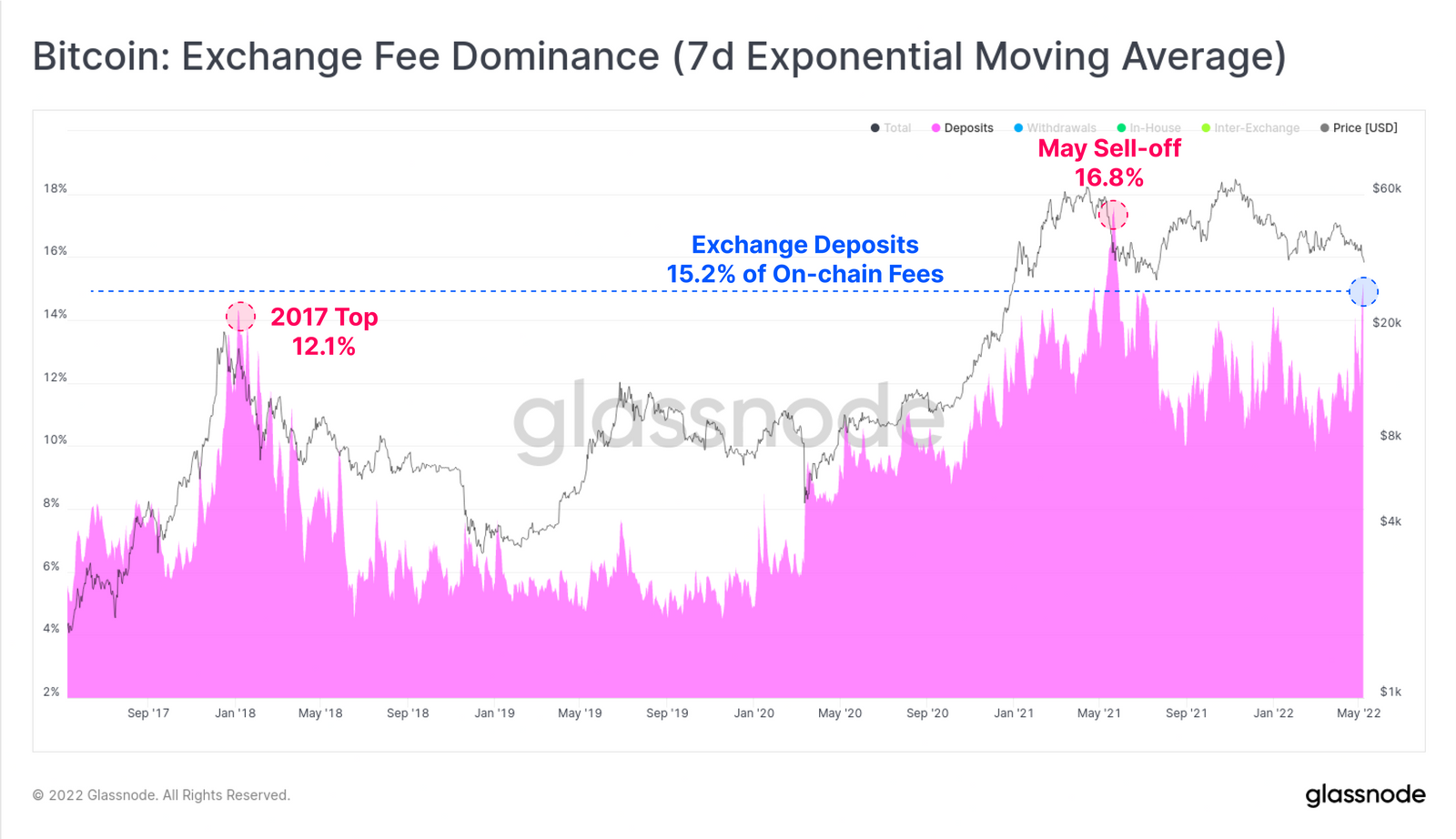 BTC inflows to exchanges outpaced inflows for most of 2022. However, that changed last week, as there was more than $50 million more worth of inflows than outflows. Glassnode said the total amount of exchange-related volume was only surpassed last October and November and matched the peak of the 2017 bull market in late December and early January of 2018.

Glassnode also noted that BTC accumulation has been on a low trend since the middle of April. “Shrimps,” who hold less than an entire Bitcoin, were the largest accumulators of any cohort of wallets up to whales through the past week, but even their accumulative strength was weak compared to previous months this year.

The largest distributors, or sellers, were those in the highest cohort who hold at least 10,000 coins. According to Glassnode, distribution has been higher than accumulation through most of 2022. However, the largest accumulators have been those holding less than one BTC up to those holding 10. 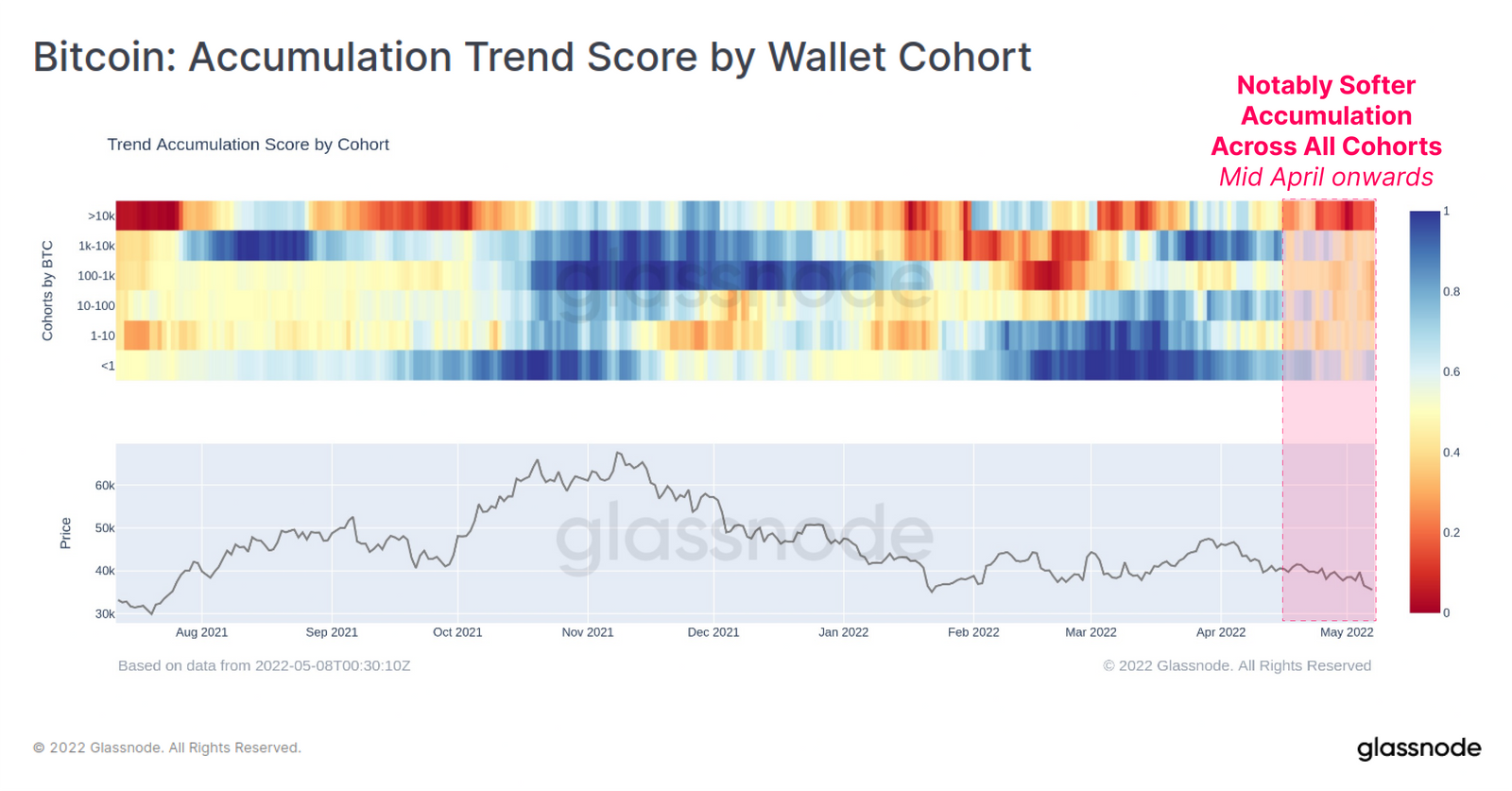 With total fees spent at a local high as investors urgently try to exit more volatile positions, it appears that Bitcoin markets may continue down their “rocky road” to capitulation, as Cointelegraph reported on Tuesday.