Bitcoin mints more than 13,000 ‘wholecoiners’ in the past seven days 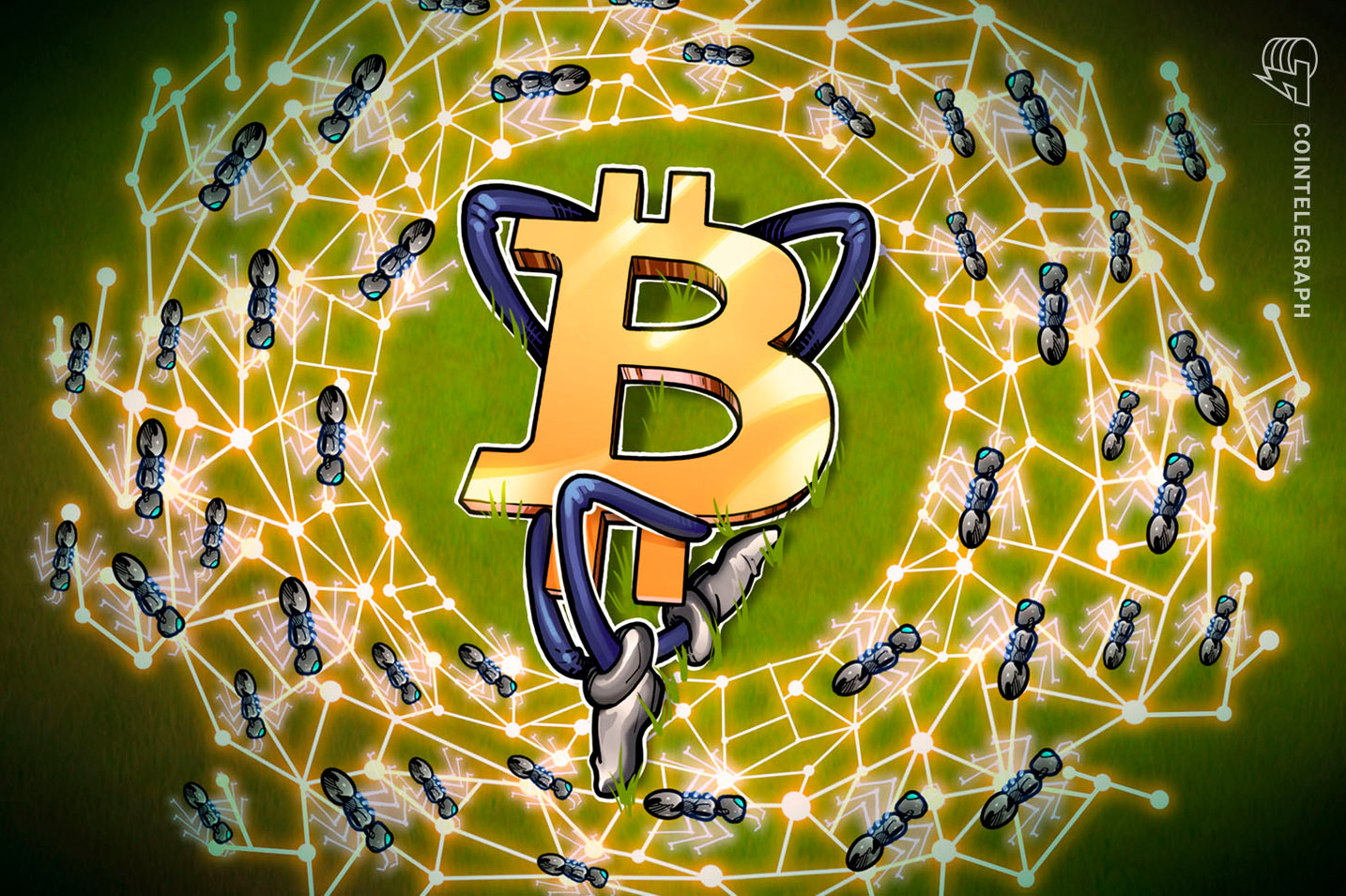 Bye-bye bear market blues; welcome to the network, Bitcoin (BTC) believers. Over the past week, the number of Bitcoin wallet addresses containing one BTC or more increased by 13,091. The total number of “wholecoiners” surged to 865,254.

The number of whole coiners has rocketed during the downward price action, highlighted by the hockey stick growth on the Glassnode graph: 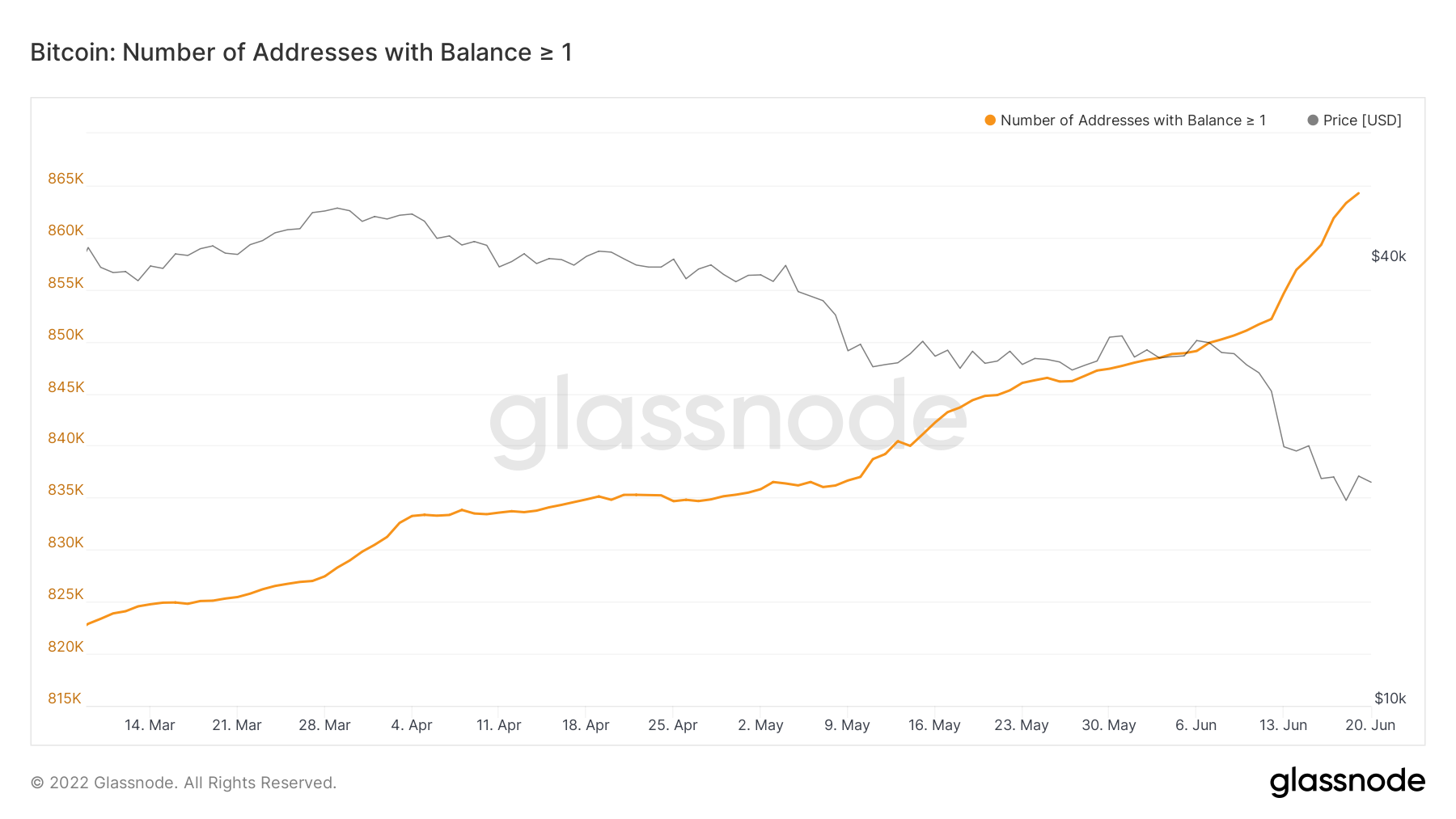 Since the 10th June the orange line has jumped. Source: Glassnode

Christian Ander, the founder of the Swedish Bitcoin exchange BT.CX told Cointelegraph that “This is good for the ecosystem that it’s growing from the ground up because want the economy to be bottom up.” Ander continued:

“People have a strong belief in the future of the Bitcoin network and the value of the currency.”

Over the past 10 days, since the May 10th market slump to $30,000, over 14,000 whole coiners have joined the network. As there will only ever be 21 million Bitcoin mined, these wallet addresses will own one twentyone millionth of all Bitcoin.

At an approximate price of $20,000 per Bitcoin, the sharp increase in the number of whole coiners would suggest that retail–or “plebs” as they are affectionately known–are buying Bitcoin as fast as their incomes will allow. The number of addresses adding 0.1 BTC ($2,000) or more has also begun a parabolic run over the past 10 days. 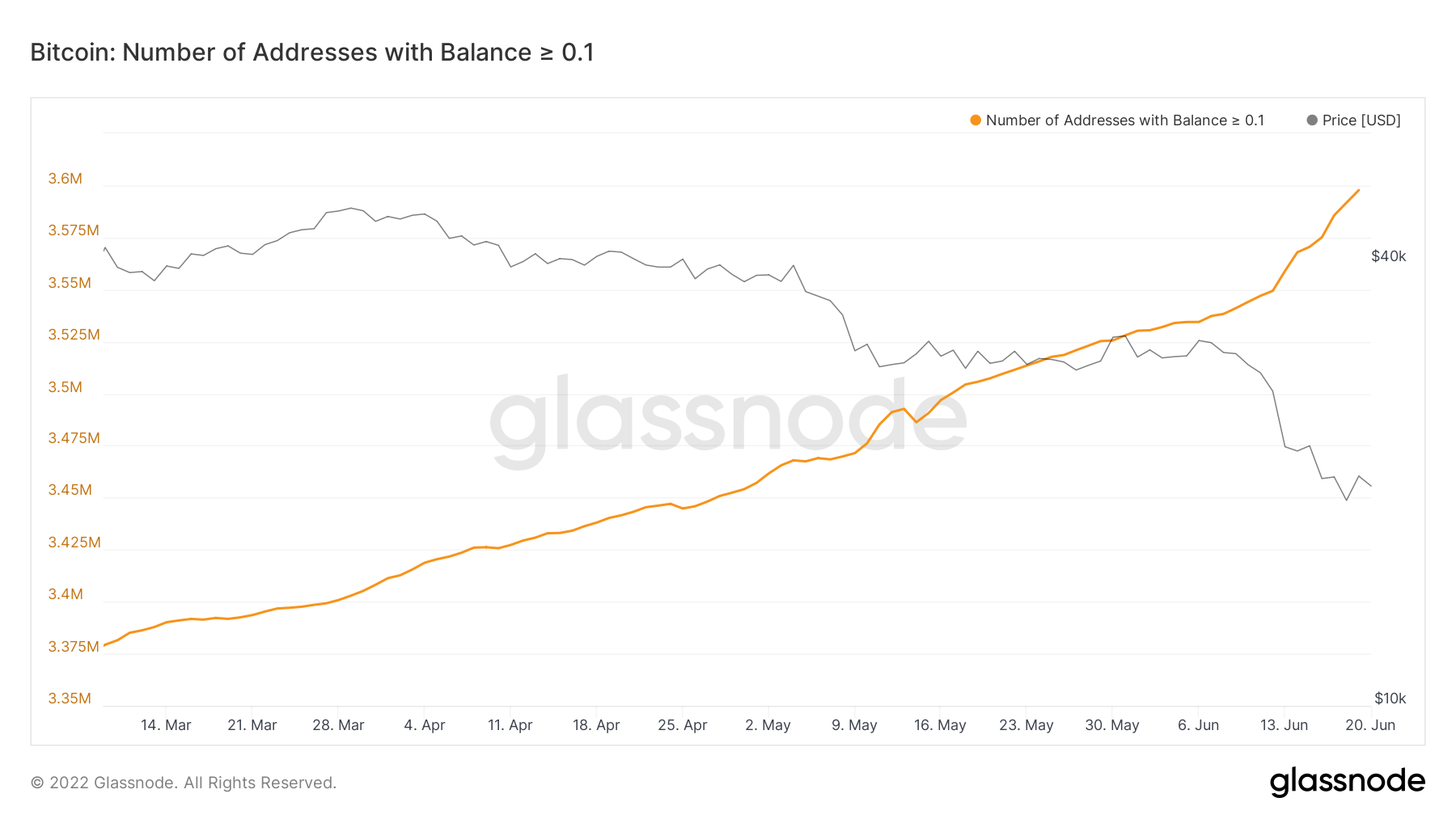 In contrast, the number of wallets containing more than 100 BTC has dropped by 136 over the same period. By inference, “whale” wallets (large BTC wallet addresses) could be unloading their bags.

As soon as Hal Finney, the first Bitcoin believer began mining and receiving Bitcoin, the gini coefficient dropped from 1. It has trended lower and lower ever since, indicating that the wealth distribution on the Bitcoin network is becoming fairer and fairer.

As for Ander, he told Cointelegraph that he “stacked some more SATs yesterday!”